Introducing the Rezvani Tank, Models, Price, Designer, and the History

As a young boy, founder Ferris Rezvani aspired to become a fighter pilot just like his father. In order to develop a thrill similar to flying an F-4 fighter jet, Mr. Rezvani set out to create an extreme sports car that gave drivers the opportunity to experience the same exhilaration and g-forces behind the wheel. This is represented in the Rezvani emblem, with wings representing his roots in aviation and steering wheel and racing stripes representing the brand’s dedication to driving. 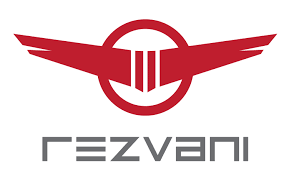 Rezvani Motors is an automotive designer and manufacturer of high-performance supercars based in Irvine, California. Rezvani Motors was founded by Iranian-American entrepreneur Ferris Rezvani, one of the designers of Vencer’s Sarthe supercar who formerly worked with Aston Martin, Ferrari, and DBC. The company’s main product is the Rezvani Beast, a self-funded project by Rezvani.

The car was used in the filming of Brown’s single “Liquor.” The 500 horsepower street-legal race car has no doors, no roof, and weighs just 1,650 pounds. International pop superstar Enrique Iglesias chose to drive the Rezvani Beast Alpha in his music video hit El Bano that has been directed by Iranian director Ali Zamani. Rezvani unveiled its extreme utility vehicle named TANK in November 2017.

TANK is designed to be a military-style truck for the road. Some of the key feature the TANK offers are as follows, optional ballistic armor bulletproof to B4 and B7 Levels, glass and all opaque armor, firewall, bomb protection, reinforced suspension, Military Runflat Tires, Intercom System, and the TANK is powered by a 6.4L V8 Dodge Hemi engine and on-demand 4 wheel drive. 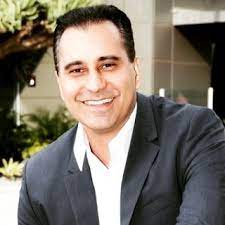 Rezvani Motors was founded in 2014 by Ferris Rezvani. The Rezvani TANK is built in the US in Rezvani’s Irvine, CA plant. The Rezvani TANK has an offload suspension system designed by FOX racing suspensions. Owners of TANKs include Jamie Foxx, Rampage Jackson, and Chris Brown.

Using knowledge obtained from the development efforts with supercar manufacturer Vencer Cars in Europe and the Vencer Sarthe, Mr. Rezvani assembled a strong team of designers, manufacturers, racing engineers, and high-performance engine experts. The team developed one of the most extreme and reasonably- priced cars on the market today.

BEAST™ is the creation of Rezvani Motors, with design consultation by renowned and award-winning automotive designer Samir Sadikhov. Sadikhov is known for other designs such as the Ferrari Xezri and Aston Martin DBC concept. 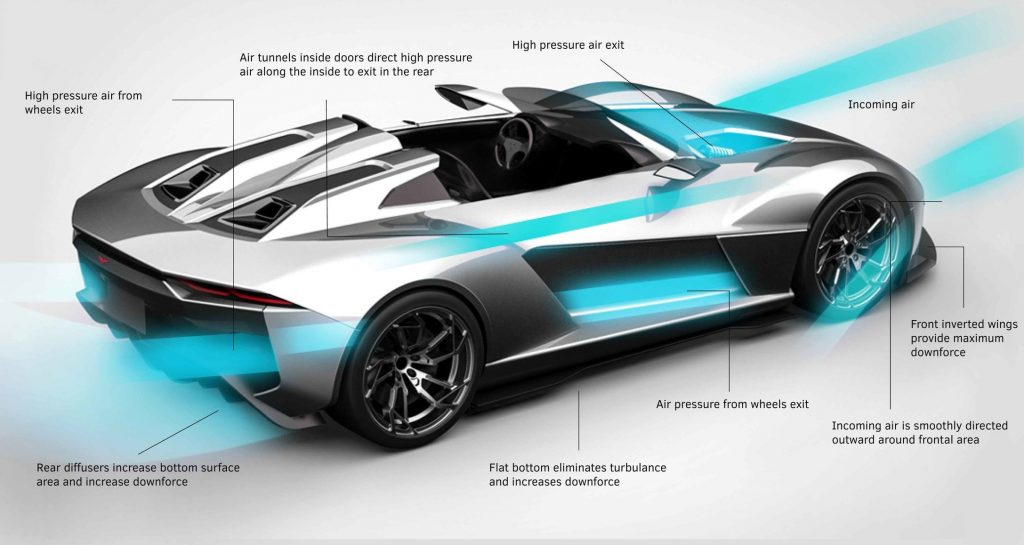 In June of that year, Rezvani Motors introduced the Rezvani BEAST Supercar based on the Ariel Atom that uses the Ariel Atom chassis with a lightweight carbon fiber body. At its core sits a 2.4-liter 500 HP supercharged and inter-cooled Honda racing engine that is American-made using several British-built Ariel Atom parts. The car has a six-speed manual transmission with a rear-wheel layout. The windshield is removable and the car weighs approximately 1,650 pounds.

The custom production uses custom-fit 3D printing and CNC milling technology for an estimated 1,500 labor hours of work. CNC routing is used to make a 3D version of the car. The 3D print is used as a mold for the carbon fiber panels. Advanced 3D printers create other parts of the vehicle such as lights and mirrors. The first Beast will be delivered to an owner in Texas.

To top the Beast, Rezvani Motors introduced their next supercar: the Beast X. Still street-legal, the Beast X weighs in at 1,850 lbs, with 700 horsepower. The car boasts a 2.4-liter motor with Borg Warner turbochargers, which helps it hit 60 mph in 2.5 seconds. Only 5 Beast Xs will be produced, with an anticipated price tag of $325,000.

At its core sits a reliable and powerful 2.5-liter 500 HP Rezvani built racing engine and given an innovative and efficient supercharger. The results are astonishing performance — Beast is capable of 0-60 mph in just 3.5 seconds, giving drivers the ultimate thrill. The engine also allows for a low cost of ownership and service. 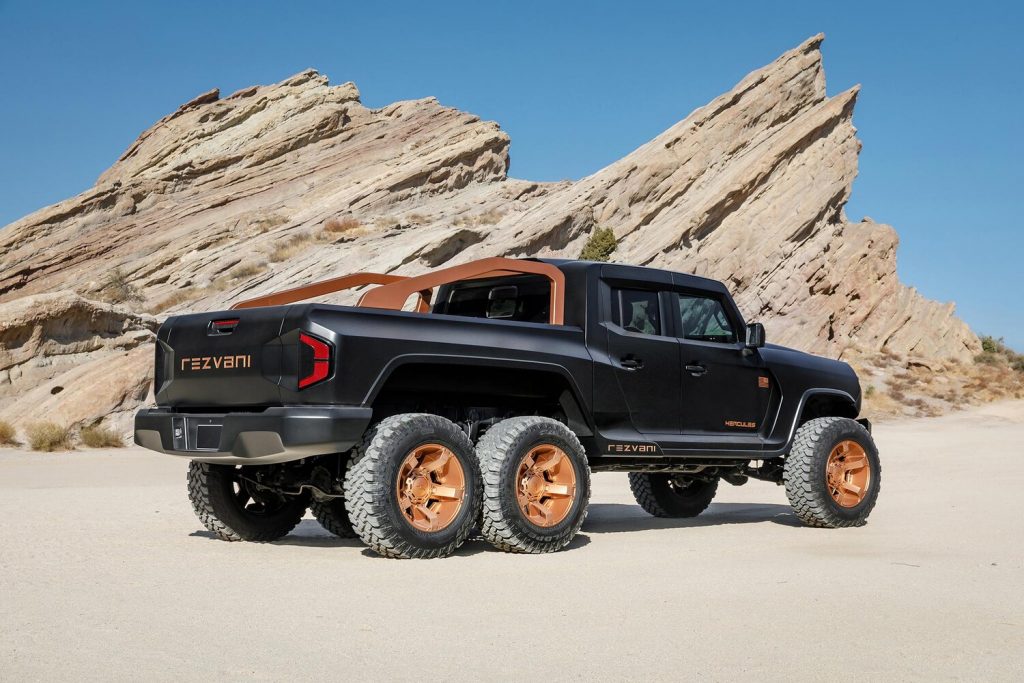 With its available top-of-the-line 7.0-liter 1,300 horsepower Supercharged V8 engine, Hercules is the most powerful armored vehicle on earth. Several other engine options are available including a 6.4L 500 HP SRT V8 and a Diesel. A 3.6-liter V6 is standard.

Rezvani Time Machine is a series of 100 Swiss Automatic Mechanical Chronograph based on Valjoux 7750 mechanical chronograph, made in Switzerland.