The C-HR is unlike any vehicle Toyota has ever launched. The stylish, technology-filled subcompact SUV is a leap forward in design and innovation. And, yes, the chassis was refined by driving on some of the world’s most curvaceous and technically challenging roads, including the Nürburgring Nordschleife in Germany’s Eifel mountains. But, just how far can you push its limits? Can a mild-mannered front-wheel-drive SUV be transformed into an outrageous race car that can compete against the McLaren 650 S Spyder, Porsche 911 GT3, and Nissan GT-R NISMO?

Dan Gardner, owner of DG-Spec said, “Early Fall, 2016, we started looking for ways to think of this car in exciting ways. We worked closely with Hiro Koba, Deputy Chief Engineer on the C-HR. He’s a diehard racer and his team made sure the stock C-HR exhilarates its driver anytime, anywhere, satisfying mischief-makers and trend-setters alike. Using that as our inspiration, we created a track-ready race car. We knew we were likely debuting the car at SEMA and we wanted to show it’s not just a show concept but a track-worthy performance vehicle.”

“To stay true to the cars sold in the United States, we wanted to retain a 4-cylinder engine and we wanted to keep it front-wheel-drive. The C-HR R-Tuned features a 2.4-liter Toyota 2AZ-FE with Dezod-supplied forged internals, a titanium and Inconel valve-train, and a custom DG-Spec Garrett turbo system that pushes power output beyond 600 horsepower at approximately 23 psi of boost.

It’s all tuned by an AEM EMS. We knew this motor very well as we’ve raced it for 10 years. We mated it to a five-speed Toyota E-Series manual transmission that replaces the stock CVT. The C-HR R-Tuned remains front-wheel drive, but now has an OS Giken limited-slip differential that mediates between the drive wheels. Our goal was to deliver supercar-like performance with a front-wheel drive, 4-cylinder SUV – and we did it!”

“We wanted a vehicle that would produce amazing acceleration, braking and handling. We started by stripping the factory interior and adding a Kaminari carbon fiber vented hood, which shaved off hundreds of pounds. We went with Brembo racing brakes and remote-reservoir, triple-adjustable DG-Spec Motion Control Suspension (MCS) motorsports dampers, along with a host of custom, go-fast goodies that deliver 1.2g of braking force and 1.7g of lateral acceleration.

To augment the grip of the 275/35R18 Toyo Proxes RR tires, an air dam, side dams, adjustable front splitter and rear wing with gurney flap were grafted to the body to endow this C-HR with an honest 300 pounds of downforce at triple-digit speeds.” 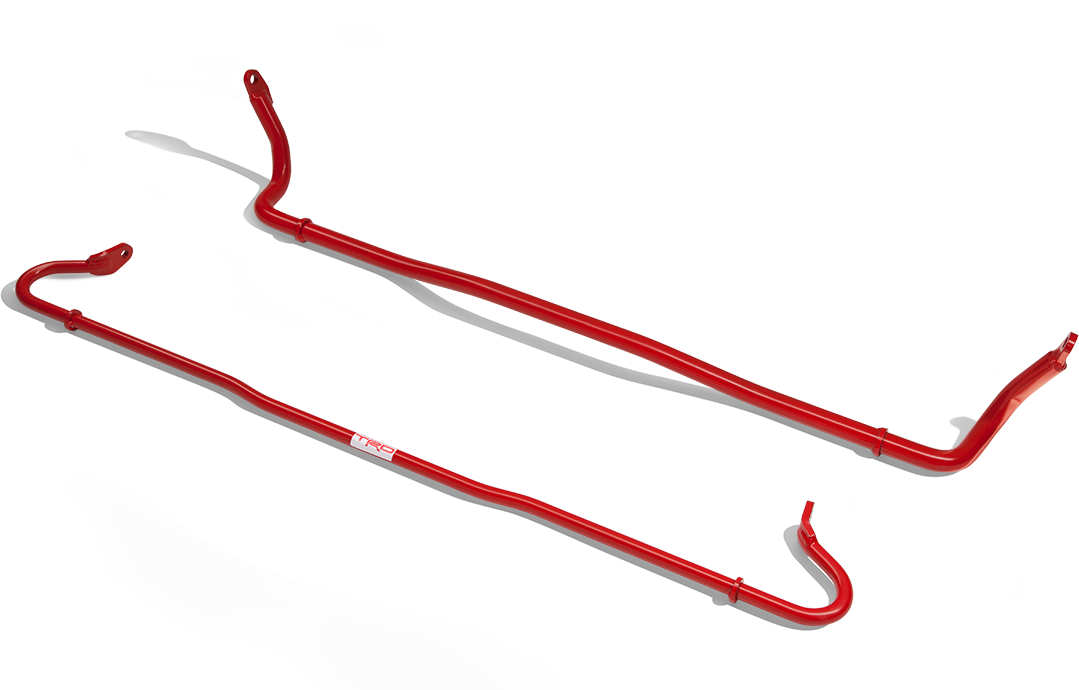 “The C-HR R-Tuned was a huge hit — it was the #3 most covered car by the media at the 2017 SEMA show, and the #1 most written about the vehicle by journalists at the show. One reason for its popularity is that it still looks like a C-HR and we maintained the Toyota quality and reliability in this build.” One thing that makes the C-HR R-Tuned so attractive is its stance. And C-HR owners can emulate that by using TRD Lowering Springs:

Up until the C-HR, CUVs were known for their versatility, not their performance. Now, all that’s changed. And with TRD Lowering Springs, owners can enhance the handling performance of their personal C-HRs. More info? trdusa.com