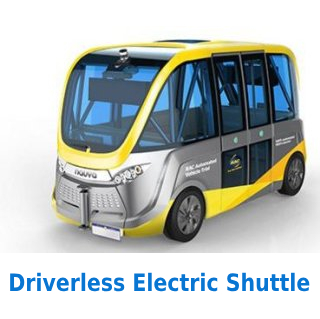 The Evolution of Automated Safety Technologies.

Driver assistance technologies in today’s motor vehicles are already helping to save lives and prevent injuries.

A number of today’s new motor vehicles have technology that helps drivers avoid drifting into adjacent lanes or making unsafe lane changes, or that warns drivers of other vehicles behind them when they are backing up, or that brakes automatically if a vehicle ahead of them stops or slows suddenly, among other things.

These and other safety technologies use a combination of hardware (sensors, cameras, and radar) and software to help vehicles identify certain safety risks so they can warn the driver to act to avoid a crash.

The continuing evolution of automotive technology aims to deliver even greater safety benefits and – one day – deliver Automated Driving Systems (ADS) that can handle the whole task of driving when we don’t want to or can’t do it ourselves.

WASHINGTON (Reuters) – The U.S. auto safety regulator said on Tuesday it is speeding up the process for reviewing whether automakers can deploy self-driving vehicles without devices such as brakes and steering wheels.

Automakers must currently meet nearly 75 auto safety standards, many of them written with the assumption that a licensed driver would be able to control the vehicle using traditional human controls.

On Tuesday, the U.S. National Highway Traffic Safety Administration (NHTSA) said it issued a final regulation streamlining the review process. NHTSA eliminated a requirement that calls for the agency to determine a petition is complete before publishing a summary for public comment.

Deputy NHTSA Administrator Heidi King said in a statement the “rule improves both the efficiency and transparency of the process to focus on the safety review.”

Under the law, automakers can petition for an exemption for up to 2,500 vehicles for vehicle safety standards as long as they are at least as safe as existing vehicles.

In January, General Motors Co (GM.N) filed a petition with NHTSA seeking an exemption to use fully automated vehicles as part of a ride-sharing fleet it plans to deploy in 2019.

NHTSA has not yet declared the GM petition complete and the agency did not immediately say when it will publish a summary of the plan.

NHTSA also said it was seeking comment on the use and integration of vehicle communications technologies. It said these technologies could improve motor vehicle safety and efficiency as well as support cooperative vehicle automation concepts.

In December 2016, the Obama administration proposed requiring all new cars and trucks to be able to “talk” to one another using short-range wireless technology to potentially avoid tens of thousands of crashes annually. The Trump administration has not acted on the proposal.